There are differing opinions on how best to describe LMU Professor of Entrepreneurship David Choi. Some refer to him as hyperactive. Others say he comes across as intimidating. But nearly everyone agrees that he’s one of the most determined, hardworking and focused people you’ll ever meet. 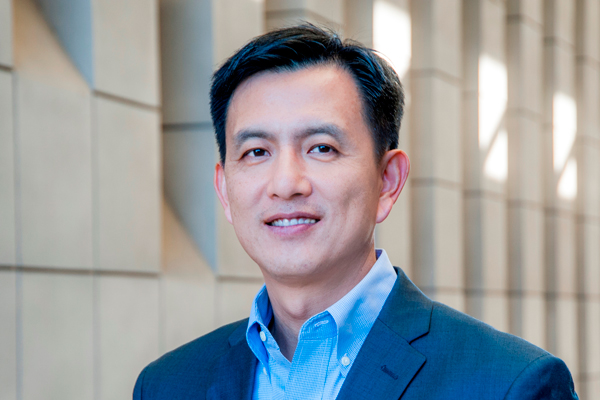 “I’m dedicated to instilling the entrepreneurial spirit in all our students.”

Choi is an unusual breed of professor. He’s an academic with a Ph.D. who publishes in top journals. But he’s also a practitioner who has founded, managed (several as CEO), sold and advised on hundreds of businesses around the world. In any given year, he can be involved with up to 20 companies. If you ask him what’s the best startup he’s been involved with, he replies “the next one I’m working on.”

“For years I was embarrassed about being an odd ball and worried I didn’t fit in either academia or business,” said Choi. “Over time, I realized that I had something great to offer both.”

Choi joined LMU in 2003 and has taught undergraduate and graduate courses in entrepreneurship, entrepreneurial finance, social entrepreneurship, and technology management. With Fred Kiesner's retirement in May 2013 as director, Choi has picked up a lot of the program responsibilities, such as hiring new faculty, organizing guest lectures and preparing students for competitions. If there’s anyone who can handle the pressure, it’s Choi.

Choi is committed to producing the best young entrepreneurs coming out of college in Southern California. One way he’s doing this is through the LMU Business Incubator, which he launched in 2012 to provide students with the workspace and guidance to prepare their businesses for the real world. Student teams admitted to the Incubator receive advice from subject matter experts, alumni, and seasoned entrepreneurs and investors. Already, a number of promising student and alumni businesses have been built and launched in the Incubator, including Bosse Tools, Nabthat, Floshare, Piglt, Revita Ink and Liquid IV.

Choi’s 20 plus years of experience as an academic, consultant and entrepreneur has given him a better sense for what is useful and not so useful in the real world. He engages students with real-world examples while making sure that his teachings are based on empirical evidence. Without question, his students are learning useful information in his classes.

“In the entrepreneurship field, it’s critical for professors to have real business experience,” said Choi. “Students may not find a professor credible if they teach entrepreneurship yet have never actually been in business themselves. There are certain things that only those who have struggled can understand or explain. But at the same time, teaching has to be academically sound and cannot be based on just one person’s experience.”

Choi’s involvement and connections with Silicon Beach – a thriving community of tech innovation and startup activity in Santa Monica – is also helping put LMU on the map as a hub for entrepreneurial talent. If there’s a conference, networking event or startup competition on the horizon, Choi makes sure his students are aware and encourages them to get involved. For instance, Choi is an advisor to LAstartups.com and got his students involved in creating content for and marketing the startup community website to gain valuable work experience.

Originally from South Korea and raised in Germany, Choi has taught at other institutions around the world including Peking University, Korea Advanced Institute of Science and Technology, and Korea University. In 2011, he won the Innovative Pedagogy for Entrepreneurship Education award from the United States Association for Small Business and Entrepreneurship (USASBE) for a collaborative product development course he created for students from LMU and Otis College of Art and Design.

Before joining LMU, Choi worked for 10 years in the private sector with companies like the Boston Consulting Group and Titan Corporation before embarking on his entrepreneurial endeavors. He was also a co-founder and Senior Fellow of the Leadership Initiative at Harvard Business School. Choi received his B.S. and M.S. degrees from the University of California, Berkeley and his Ph.D. from UCLA.